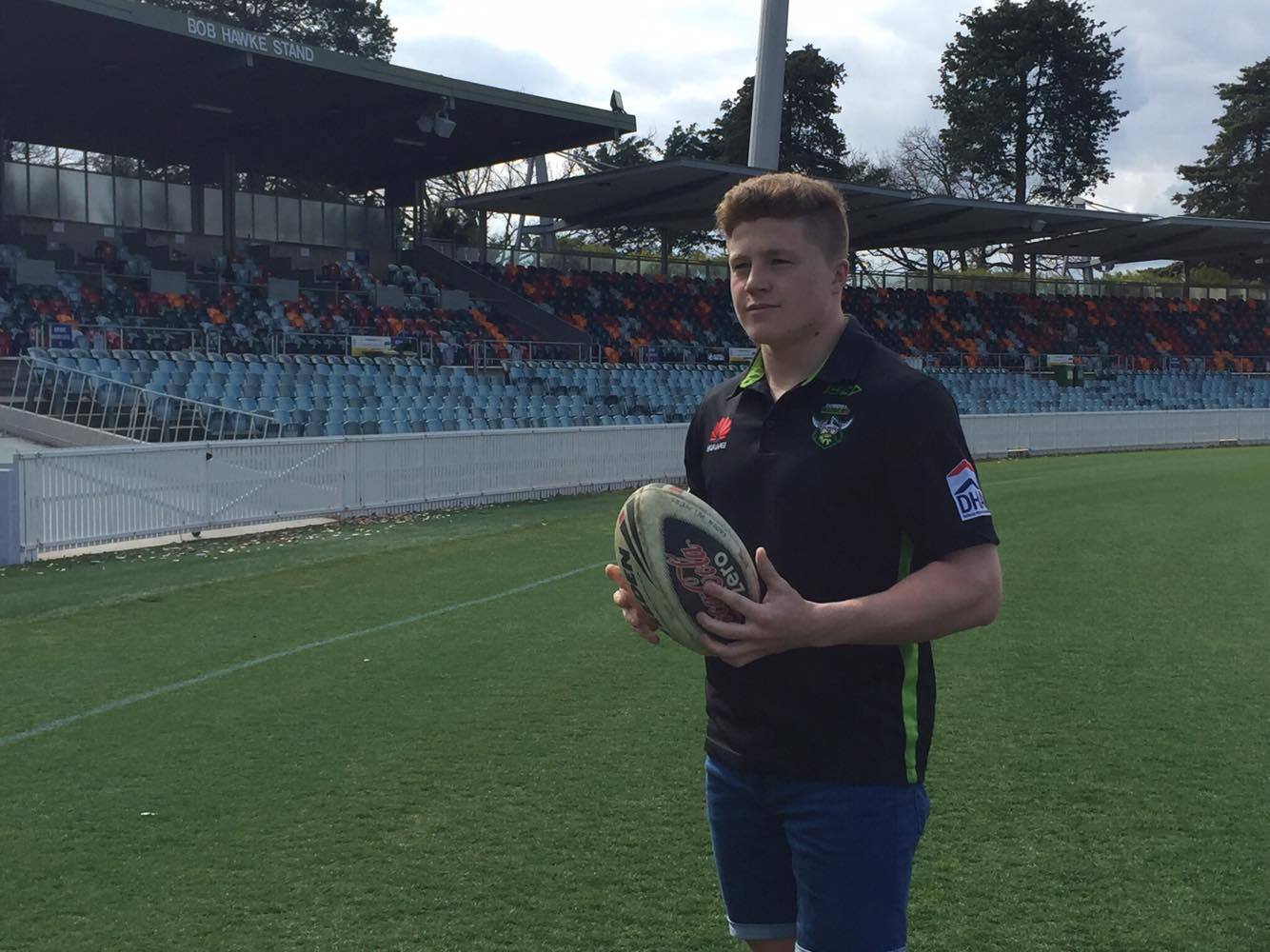 “Football is the only thing I’m good at. If I don’t have football, I have nothing.”

That was Wests Tigers under 20s player Mosese Fotuaika’s message to his girlfriend when she told him he needed a plan B if football didn’t work out.

Fotuaika took his own life.

Fotuaika is one of a number of young rugby league players lost to suicide in recent years, calling into question the pressure being placed on the games up and comers.

The 20-year-old has seen many a fellow National Youth Competition (NYC) graduate struggle in “the real world” after missing out on a professional contract.

Eventually, the majority will settle into a job and be content to play park footy.

For others, there is no settling in. Failing in a cut-throat industry where every single move is scrutinised becomes too much to bare. They leave behind families, partners and sometimes young children.

To blame rugby league would be to draw an extremely long bow. But perhaps it is the pressure to succeed – and the devastation of failing – bringing these young men undone.

Canterbury Bulldogs-bound Woolford believes the pressure of making the top grade “definitely” played a role in the deaths.

“I couldn’t imagine what it would be like for some of those boys who are out on their own trying to earn a living with young kids,” Woolford said.

“It’s not a very nice thing knowing that you’re playing for your livelihood. It’s a pretty terrible feeling, ‘this could be the end’, so I’m one of the lucky ones.”

Rugby League Players Association general manager of player relations Clint Newton says uncertainty about what the future may hold could be a concern for many players.

“It’s tragic to hear that players are put in a position where they think that that’s the only way out,” Newton said.

“I don’t think you could just put it down to rugby league, but I think that whilst ever we’re making sure that we are striving to be the best in… the player wellbeing and education space, we will certainly offset the chances of young people thinking that there is no other option if they’re not playing rugby league.”

Newton’s belief the NYC has seemingly been elevated above the reserve grade level – being the NSW and Queensland Cups – in recent years, makes today’s landscape a far cry from the time the NRL premiership player came into grade.

Players as young as 17 are running out onto ANZ Stadium in their club’s jersey. They could be guilty of thinking they have “made it.” It could be taken away in a matter of seconds and they fall out of the system altogether.

A review of the NRL’s pathway structure is now underway with calls to scrap the under 20’s competition in its current format and replace it with state-based competitions to run parallel to the respective reserve grade leagues in New South Wales and Queensland.

“There’s certainly an opportunity to make some changes that are going to give [young players] the confidence to say that it’s okay if you don’t go on to play first grade,” Newton said.

“The reality is that not everyone will, but we’ve got to make sure that we’ve got enough systems in place through the education and wellbeing structure – that’s arguably one of the best in the world – and its ability to help players transition both from school to a fulltime athlete.

“Or [for] those that don’t end up pursuing that, trying to make sure that they’re given as much opportunity as possible to have some confidence in succeeding in life without having football as their plan A.

“As Phil Matthews, the wellbeing manager at the Knights, always said to me, it’s okay to have two plan A’s and I think that’s really important.”

Woolford didn’t have a plan B.

By his own admission, he “put all [his] eggs in the one basket” and “would have been in some strife” had football not worked out.

Over 1,000 players have only played one first grade game. It shows just how short a rugby league career can be.

The average career span for players who debuted in 1995 or later is 60.9 games – of course many of those careers are incomplete. While the number is an increase on prior years, a professional career can still come to an end in an instant.

The University of Canberra’s assistant professor in sports and exercise psychology Richard Keegan said having a back-up plan has been shown to improve success rates on the field.

Keegan said when a player has that fall back option, the small knocks don’t hurt as much. Maybe a back-up plan could have saved the lives of these young men.

Hayden Butler lost his contract at the Melbourne Storm. He moved to Queensland to play with the Burleigh Bears, and then the Mackay Cutters. He injured his anterior cruciate ligament, and then Ray Ertl – a close friend – took his own life. Butler started drinking. He went clubbing one night, had an argument over the phone with his girlfriend, and the next morning he was gone.

His family say he didn’t know where he was going. His world was swirling. Mother Roberta told The Australian: “It was always all about footy. He never had a plan B.”

Mosese Fotuaika’s girlfriend found him dead in their garage. He had torn a pectoral muscle that day and faced a stint on the sidelines. Fotuaika had no back-up plan. Girlfriend Shanice Alaiasa told him he needed one.

“Football is the only thing I’m good at. If I don’t have football, I have nothing,” Fotuaika told Alaiasa.

Therein lies the problem, according to Dr Keegan.

“If it starts to look like you’re struggling or failing at that one thing, there is no other source of self-esteem or optimism.

“You’re totally invested in small changes in performance, and detrimental feedback can have a huge impact on your self-esteem. If it’s in a professional career environment, and there’s no support, and it’s a ‘toughen up, deal with it’ kind of attitude, then it becomes quite a risky mix.

“In high performance settings, people perform better and last longer if they’re developing other attributes – if they’re considering becoming a coach or building up some education.”

“Even though it’s not a popular way of thinking – people like to think ‘only plan A and nothing else will do’ – with high performance athletes we’re finding that it’s actually helpful. They have a wider base of sources of self-esteem.”

The NRL and RLPA are working to help the players. At every club there is a careers and wellbeing manager jointly funded by the RLPA and the NRL. Every NYC player must be working and/or studying, otherwise they will not be eligible to play.

“A lot of the players, just like the general public, are dealing with things on a day-to-day basis, and it just gets magnified when the pressures of sport are involved.”

Newton’s message to players is simple.

“If you play rugby league, with the network that’s involved – the support systems and structure that’s involved in the game today – you are far better supported to be able to actually manage anything that you’re working with, and the ability to offset some of the problems that you’re facing.”